Prevalence and characteristics of disputes 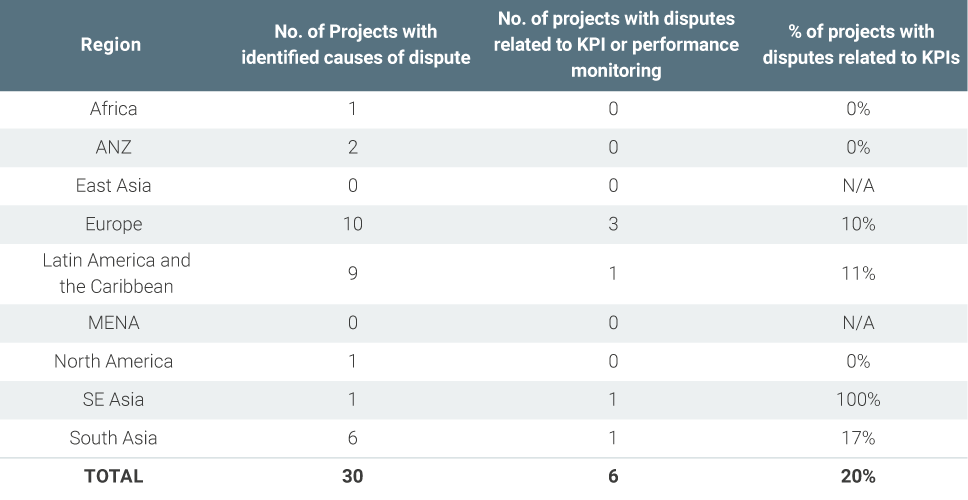 Figure 8: Prevalence of disputes by region, based on 165 projects 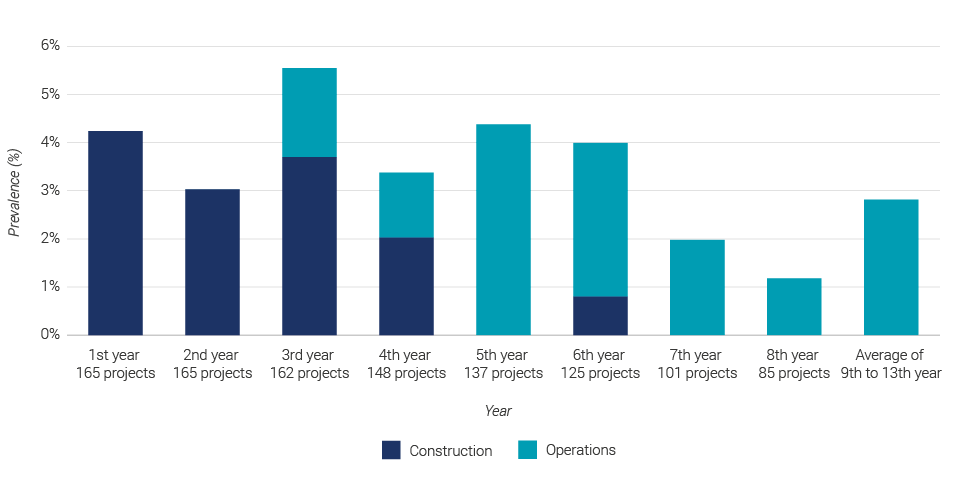 Figure 9: Prevalence of disputes in each year after financial close

Figure 10: Prevalence of disputes, by year N after financial close 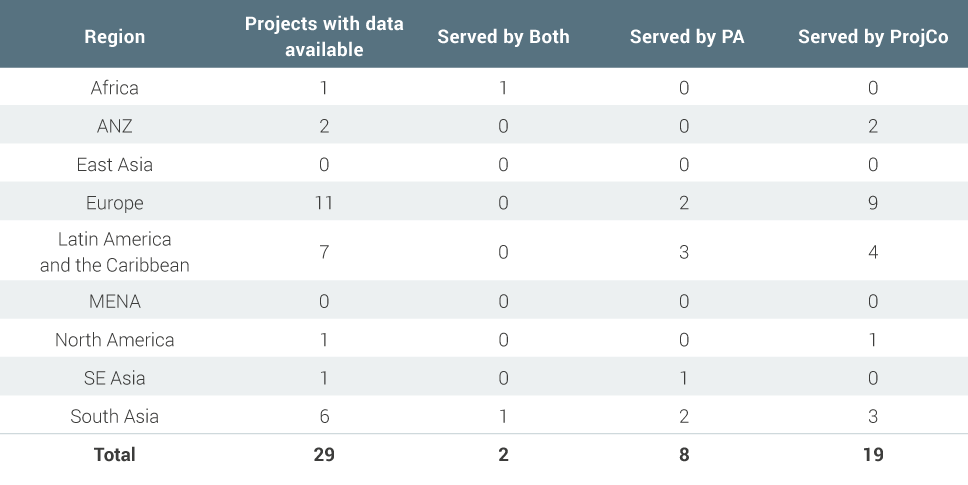 Figure 11: Causes of disputes, based on 30 projects that experienced disputes and causes are available, noting that some projects have multiple causes

Figure 12: Methods used to resolve disputes, based on 28 projects with resolved disputes

Contractual disputes are quite common in PPPs during both construction and operational periods. Our research found that a formal notice of dispute was issued by one of the contracting parties on 42 projects out of 165 PPPs studied for which dispute data was available, which is a prevalence of 25%.

On average these occurred 4.2 years after financial close, and there was an approximately even split between disputes during the construction and operational phases. 28 disputes have been resolved at the time of writing, out of the 42 projects that had a dispute. The time taken to resolve the dispute was generally within one year, however there were a small number of disputes which took three to four years to resolve.

There was a very large variation in the causes of disputes in our sample. When the dispute notice was issued by the Project Company, the most common reason was an increase in costs for which the Project Company was seeking compensation. This occurred due to unexpected ground conditions, higher than expected maintenance costs of existing infrastructure, and a single dispute regarding the level of payment for a change in scope. There were also disputes relating to revenue forecasts, with either disagreements on how to calculate the payment to the Project Company, or the Project Company arguing that the actions of the Procuring Authority led to reduced demand.

Interviews with stakeholders on several projects studied and our general discussions with key players in the PPP markets do show that disputes often occur due to ambiguous contract drafting, misunderstandings of the intent of risks transferred and the further risks associated with the differing interpretation of complex bespoke terms.

Where the dispute notice was issued by the Procuring Authority the most common reason was the ongoing failure of the Project Company to meet operational requirements, whereas any dispute during construction is typically driven by the Project Company. There were five examples of the Procuring Authority issuing the dispute notice during the operation and maintenance phase, with two relating to road quality and the remaining relating to a failure to provide the investment required and quality outcomes. The other common cause of dispute was delays in the construction phase, which occurred four times.

The other category of disputes which appeared were those which had an underlying cause in actions by a third party. This includes interventions by an environmental regulator, or ongoing protests by local populations. These are worthwhile noting as a reminder that external events have the potential to cause problems if they’re not handled well.

The method used to resolve disputes varied across the sample, with methods such as negotiation used in 13% of the cases. There was a high number of disputes solved by going to court, which is partly due to the fact that in some jurisdictions it is not common to have a series of dispute resolution options. For example, in Spain the right to interpret the contract generally sits with the Procuring Authority, and if the Project Company disagrees with the Procuring Authority then it has no option but to go to court. In one project studied, this occurred twice, with the court deciding in the Procuring Authority’s favour both times. Additionally, resolution methods such as mediation and negotiation are more private and therefore less likely to be picked up by our data collection process.

Contract data was found for 115 projects in our sample, and of those approximately 68% included a sequence of dispute resolution mechanisms. The prevalence of each individual mechanism is shown below in Figure 13, domestic arbitration is the clear standout, appearing in over half of contracts, suggesting that it is a common feature across the world.

Dispute Resolution Boards were present in slightly over 20% of contracts. Places such as India, Brazil and Europe tended to have this mechanism slightly more often than not, whereas it was far less common in North America and the Middle East. The breakdown by sector was similar to the overall breakdown.

A defined process to resolve disputes by senior management also appeared in approximately 27% of contracts. There were clear discrepancies between regions for this figure, with no projects in Latin America including this mechanism, while the majority of projects in North America did include it.

Mediation was present in 32% of the PPP contracts, and while it is slightly more common in India and less common in Latin America, there are no other particular trends. International arbitration was less common than expected, which may be a limitation in our data.

Go to other prominent issues