It should also be noted that all the projects in this case study are ongoing, and may have renegotiations in the future. This data will therefore underrepresent the prevalence of these events. 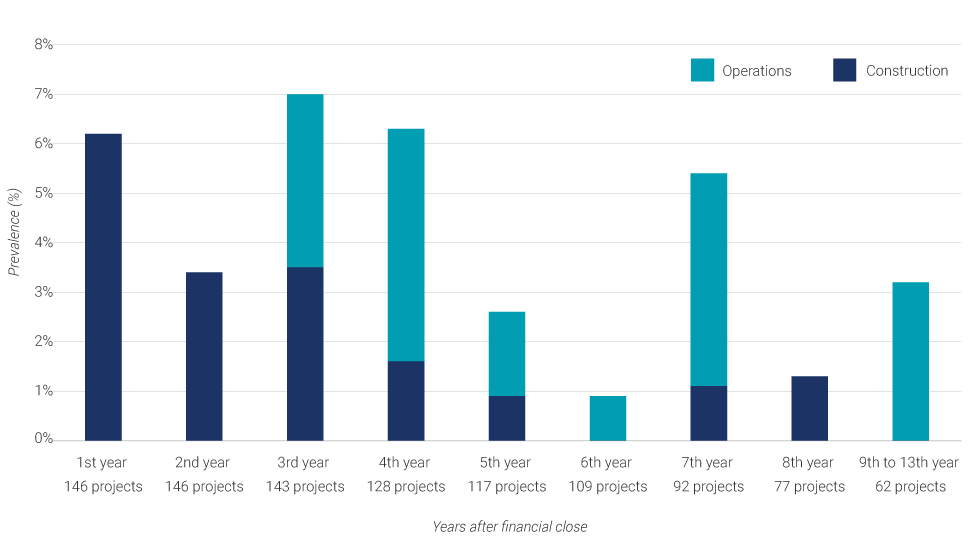 Figure 3: Prevalence of renegotiation in each year after financial close

Figure 4: Prevalence of renegotiation, by year N after financial close

Figure 5: Prevalence of renegotiation by region, based on 146 projects

Figure 6: Prevalence of renegotiation by sector, based on 146 projects

It should be noted that the prevalence of renegotiation results is heavily influenced by the timeframe that was selected for this research (i.e. reaching financial close between 2005 and 2015).

A large number of renegotiations took place between two and four years after financial close. Our study suggests that, it takes some time for issues or challenges to arise on a project before a renegotiation is initiated. The existing literature suggests that there can be a tendency in some jurisdictions to sign a PPP contract and renegotiate very soon after. Figure 3 shows that renegotiation is more likely in year one than in year two, although given the small number of occurrences involved it is not possible to draw any strong conclusions.

The causes of renegotiation in our study were varied. In 17 cases it was due to increased costs (two during design, 12 during construction and five during the operational phase). Although increased construction costs and increased operation costs are termed as causes of renegotiation, in reality they were the consequences of an underlying cause which has not been identified during the study. The underlying cause which led to increased construction or operation costs is, at times, related to the Procuring Authority’s breach of, or non-compliance with, its contractual obligations (e.g. failure to complete land acquisition, grant site access, secure third-party approvals, etc.). Another 18 were due to a change in regulation or policy change, split evenly between regulation and policy changes. Four were due to incorrect demand forecasts, including in the Queen Alia International Airport Expansion Case Study where the actual volumes were higher than predicted. The remaining instances were due to external factors, such as delays in gaining access to worksites.

The party initiating the renegotiation was split evenly between the Project Company and the Procuring Authority, however we have to be careful drawing any conclusions from this outcome. In some cases a renegotiation was needed due to external changes. For example, on the Perpignan Figueras High Speed Rail Link project between France and Spain, the non-PPP rail project connecting the rail PPP to Barcelona was delayed. In other situations, only one party was been interested in engaging in a renegotiation, such as the Sao Paulo Metro Line project, where the Procuring Authority initiated the renegotiation due to delays in the construction phase.

Table 5: Outcome of renegotiation by region, based on 146 projects

The most common outcome of the renegotiations in this study was a change in tariff, and there were 13 examples of an increased tariff, mostly in the projects in Europe and Latin America. There were another 10 examples of a decrease in tariff, however six of these were in Brazil and another was a similar unilateral reduction in feed-in tariff on a project in Romania. The other contract change was in Portugal where the payment mechanism changed entirely.

A change in scope occurred 10 times in the construction phase and six times in the operations phase. The construction scope changes ranged from reductions in scope on the Baixo Highway project in Portugal, to changes in tunnelling works due to ground conditions on projects in Brazil and the Netherlands, to the large increase in investment in the Queen Alia International Airport Expansion Case Study.

There were eight instances of renegotiation with other results, such as a change to the construction schedule in Brazil, an increased government contribution in Greece and a new project site in Mexico.